In introducing her story, Zabillet says: 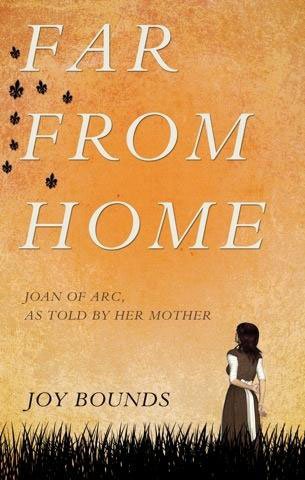 This story which I must tell of war and great courage and treachery, is one of loss. Though France may celebrate her achievements for centuries to come, it is the story of how I lost my daughter, Jehanne, whom people here call Jeanne d’Arc, and the peace of my family.

Far From Home is Joan of Arc’s story told from the unique perspective of her mother, Zabillet. Published in the 600th anniversary year of Jehanne’s birth, it brings new insight into what it might be like to be the mother of such an unusual person.

Zabillet knows nothing of her daughter’s extraordinary future as she and her husband, Jacques, struggle to raise their children. A family of peasants, they work the land for their feudal lords and a meagre return for themselves. England and France are fighting a senseless war causing destruction to the land and traditional village life. Jehanne is fiercely independent and refuses to settle down like all the other village girls, and Zabillet is shocked and frightened beyond measure when Jehanne leaves home and travels to the uncrowned King of France hundreds of miles away. She cannot believe that it could be a daughter of hers who is leading the French army in amazing victories against the English. And when things go wrong, she has to stand by helplessly as Jehanne is imprisoned by the English and burnt at the stake after a sham trial that makes her out to be a heretic.

Zabillet falls into misfortune and despair. The war drags on and for a while her family falls apart. Will Zabillet be able to restore Jehanne’s reputation and gain peace of mind? 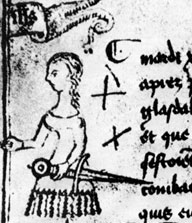 Joan with her banner 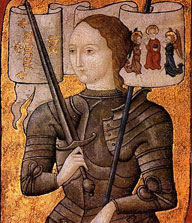 Earliest depiction of Joan of Arc 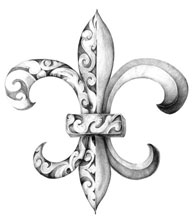 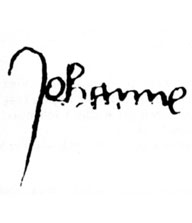 Joan of Arc, as told by her mother