Having celebrated the passing of the Representation of the People Act (1918), which gave the vote for the first time to women over 30 who were householders of married to householders, ambitious women began to wonder if they might be able to become MPs, as well as voting for them. No-one seemed to be very sure.

In April of 1918, Nina Boyle of the suffrage organisation The Women’s Freedom League decided to test it out. She travelled to Keighley, where there was to be a by-election, and was nominated. Women watching were encouraged by the judgement of the Electoral Officer, who said that he was disallowing her nomination on a technicality, but that in fact there was no specific law debarring a woman from standing as a candidate.

In order to be sure, women pressed for parliament to be more specific, and in November of 1918, the Parliament (Qualification of Women) Act was passed, allowing them to stand to become MPs. The Act was passed in a rush, as the Coalition Government had already decided that there must be a general election before Christmas to give the Government a mandate for the post-war reconstruction – the Act was passed only three weeks before the election.

This did have an impact on women candidates. Several (5 of the 17) did not have any chance to become adopted by their political parties, and as such had to stand as Independents, with no party machine to back them, and often very little money. Of the other twelve, it is interesting to see that they represented a broad spectrum of parties – 1 Coalition; 4 Labour; 4 Liberal; 1 Unionist; and 2 Sinn Fein. Amongst them were some well-known suffragettes – Christabel Pankhurst, Charlotte Despard, Emmeline Pethwick-Lawrence, Edith How Martyn, Ray Strachey. No woman stood in East Anglia.

The country was in an enormous time of change. The tragedy of the Great War hung heavily on the country, with much to rebuild; the electorate was greatly enlarged with all men as well as some women having the vote; and now women had the chance to be elected to Parliament too. How would those seventeen women get on? By the end of the year, they would see the first results of what they had been fighting for over five decades. 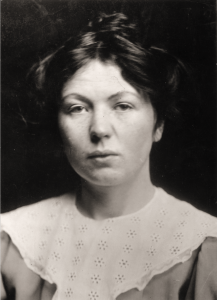